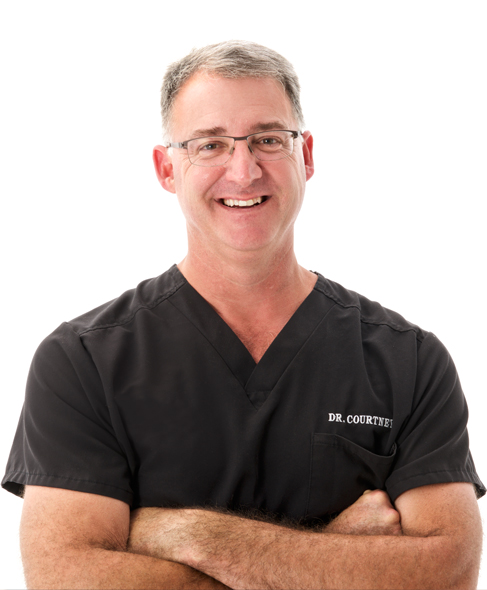 The Truth About
Dr. Courtney

More than 20 claims were dismissed by the Board after years of harassment and personal loss to Dr. Courtney and his business

Legal Documents Involved With The Case! 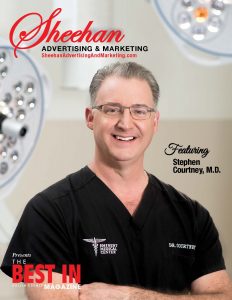 Dr. Courtney in The BEST in Colin County Magazine

The baseless complaints stem from greed, and the truth about them reads like an episode of Law & Order: Greed, burner phones, a former federal prosecutor, destroying evidence, code names like “inspector gadget,” impersonating FBI agents, and stolen confidential patient information from private medical files protected by federal law.  While it may mimic a plot from the popular television series, it’s the hellish reality for nationally recognized, orthopedic spine surgeon, Dr. Stephen Courtney of Plano.

“It’s been extremely difficult,” said Dr. Courtney. “Attacking me is one thing. Attacking my patients . . . I will not let that stand.  I share with my patients a sense of violation from the unauthorized intrusion into their records containing their most sensitive information.”

In a signed statement, the former colleague confirmed he gave the PHI to his lawyer.  That lawyer was Bill McMurrey, a former federal prosecutor and a criminal-defense lawyer.

Without consent or authority, McMurrey gave the PHI to attorney Kelly Liebbe, a medical malpractice lawyer, in exchange for a suspected referral fee.  Jonathan Rute, the boyfriend of Dr. Courtney’s ex-wife, unlawfully posed as an FBI agent using the code name “Inspector Gadget” in connection with the conspiracy spearheaded by attorneys Liebbe and McMurrey to steal and unlawfully use the PHI.  When confronted with the evidence and asked under oath about the conspiracy to steal and use the PHI in deposition, Rute plead the Fifth Amendment.

Specifically, Rute and attorneys McMurrey and Liebbe (the “Conspirators”) used the PHI to solicit patients and file lawsuits hoping to extract large payouts.  Attorney Liebbe used a burner phone to hide her conversations about the stolen PHI.  Later, McMurrey gave an instruction to destroy the burner phone and a computer with the PHI stored on it to prevent the scheme from being discovered.

To pressure Dr. Courtney to settle the malpractice lawsuits, the Conspirators also used the PHI to try to mislead and manipulate the Texas Medical Board by filing or causing to be filed over 20 illegitimate complaints, many of which were filed anonymously and without the patients’ knowledge. The TMB has since dismissed 24 complaints as meritless.  Additionally, the Conspirators used the PHI to manipulate a news story that contained multiple fabrications featuring attorney Liebbe, her clients, and other former patients on the stolen PHI list.  On July 25, 2018, a Dallas District Court summarily dismissed the claims filed by Liebbe for two patients of Dr. Courtney whose names were included in the stolen PHI and who appeared in the false news story.  In rendering that decision, the Judge awarded Dr. Courtney recovery of his legal costs from Liebbe’s clients.

“I believe what these people did is a serious federal crime – it is unethical and immoral,” said Dr. Courtney.  “As an orthopedic spine surgeon my mission is to help people with spine pain. With the authorities investigating the bad guys, I’ll continue to focus on my patients.”

Dr. Courtney has filed lawsuits against Liebbe, McMurrey, and Rute for their unlawful conduct, and against POSMC for not properly protecting the PHI, resulting in catastrophic harm.

“After many years, it’s a relief to see that the truth has finally come out,” said Dr. Stephen Courtney. “I believe what these people did is a serious federal crime. Not only have I been fighting for myself, my reputation and my practice, I was fighting for my patients who were wronged. This tangled web of lies and deceit has been going on for too long and I’m glad to have my name cleared by the Texas Medical Board on these complaints so I can continue to focus on my patients.”

You can read more about this or see the statements given and evidence provided in the lawsuit styled Stephen Courtney, M.D., et al. v. Kelly Liebbe, William C. McMurrey, and Jonathan Rute, Cause No. 417-03470-2016, 417th Judicial District Court, Collin County, Texas.

Do NOT follow this link or you will be banned from the site!